My Gymnast Wants To Quit The Sport 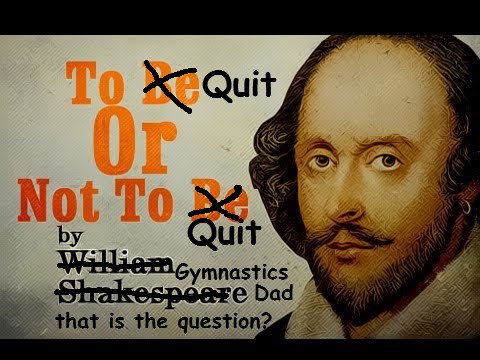 Welcome, GD Nation ya boy Gymnastics Dad is finally back. As with the rest of the world, the last year and a half have been a roller coaster ride.  In the daytime, I masquerade as a software architect, and COVID had increased my workload by something serious.  Fortunately, the work is starting to slow down, so I can get back to being my alter ego, “Gymnastics Dad” (as I rip my shirt open, revealing the GD on my overly tight compression shirt).  This topic was DM’d to me by a parent who wanted my opinion on how to handle her daughter wanting to quit gymnastics after doing it for years.  Quick answer, that decision is above her pay grade and, unless you’re reason for wanting to quit falls into the three reasons below(yep, you gotta read), always quit after success.

In Malcolm Gladwell’s book, he wrote that it takes 10,000 hours of practice to become an expert in any field, and gymnastics is probably the one sport on earth that is out to prove that theory to be true.

After coaching for almost two decades, I can honestly say that at least once a week, there is some athlete within my program that wants to quit. The desire to leave the sport is typically preceded by either doing bad in a meet, getting chewed out by a coach, or being told to do burpees until their arms fall off because they failed to follow directions for the umteeth time. There are many reasons why an athlete typically wants to quit a sport, and to be honest, most of them usually amount to bullcrap. Although there are legit reasons, such as education, health, and finances, for not continuing with a sport, quitting just because they are mad, struggling, or frustrated is not one of them and is entirely unacceptable. The reasons an athlete can give for quitting typically fall under a three or four buckets. These buckets in no particular order are laziness, fear of failure, lack of or unrealistic expectations, which is like the second but different, and the lack of discipline. In this blog, I am going to take time and break down the various buckets and how to avoid the “early retirement syndrome” from a sport in the future. This is a scorching hot topic with a lot of pieces, so instead of writing one long-ass blog, I am going to break it up into four or five digestible blogs, with this blog being the first.

Before we jump into the blog, let me take time for a free plug. Gymnastics season is coming, so if you are looking for some cool, unique gymnastics spirit tees, hoodies, and sweatshirts, head on over to https://gdswagshop.com/ to see what we have to offer. Also, follow us on IG for discounts and early release items @ Gymnastics Dad. 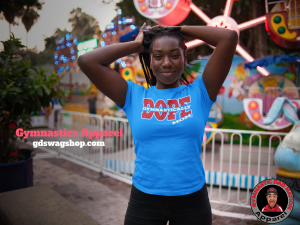 News flash, coaches, don’t instill discipline. They just build off the discipline that has already been established in the home. Therefore, if discipline has not been established at home, there is nothing for a coach to build off of. Most good coaches are not passive people. Competition and the desire to win have made them very results-driven, matter-of-fact, direct, and assertive. To the typical person, this can come off as rough around the edges but they are not. If you are a passive parent who tries to avoid conflict with your children, then being coached by a person who values competition and athletic growth may be hard for your child to handle. Good coaches want to win or at the very least see progress, “periodt.” Anything that gets in the way of that is an unneeded distraction. So if a child that has to be coddled or persuaded into performing may not fair well with competitive coaches. Good programs operate like “ole skool” households,  they are dictatorships, not democracies. 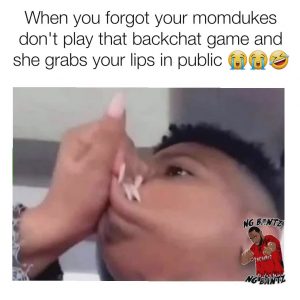 If your child wants to quit because their coach is viewed a mean and/or unapproachable, then parents might have to ask themselves if it is a coaching issue or “me” issue. If your parenting style isn’t conducive to a coach’s training style, then conflict will occur. The child will get mixed messages and process a coach’s reaction to a situation incorrectly. Being pissed at something an athlete did poorly in a competition doesn’t mean a coach dislikes the child as a person. It simply means the coach is irritated with that athlete’s action in that snapshot in time but it has no impact on their future impressions of the child. As a child, I was raised in the era when parents told their kids what to do. My household was a miniature version of North Korea. My mom commonly said things like, “when I want your opinion, I will give it to you” and “speak when spoken to.” What, seriously? We frequently heard things like, ”You eat what I cook, or you don’t eat.” As I got older, I understood what my mom was telling me with those statements.  It was that a child needs to stay in a child’s place. I hadn’t earned the right to have an opinion. I was broke and homeless. My parents might have been middle class, but my broke ass was destitute, and boy did they let me know it. Thanks, mom(sarcasm). I didn’t have any life experiences, and therefore I needed to rely on my parents and my village to make decisions in my best interest, even if I didn’t believe so at the time. I can’t count how many sports, clubs, and organizations I have been in over the years because my mother thought it was good for me. I don’t think I even knew what quitting was, much less I knew quitting wasn’t an option. If I got chewed out at practice and came home mad, my parents would say something to the effect, “your ass better do better next time, so you don’t get cussed out”…really? I don’t think my parents even looked up from what they were doing when they said it. My parents were no joke, and my coaches were no joke, so when my coaches chewed me out for doing something wrong, it was similar to my experiences at home. Due, to the conduciveness in my experiences between home and the teams I was on I never felt put-off by a coach coming down on me.  I wasn’t coddled at practice which was fine because I wasn’t coddled at home either.

In closing, I can’t understand why parents would allow a child with no resources and no life experiences to potentially make a life-altering decision. When my older children wanted to quit a sport, my answer was simple “that decision is above your pay grade.” I have a simple rule to playing sports, always leave on top. It is easy to quit after a good ass-kicking or after a good chewing out by a coach. Name one athlete that walked away from a sport after a successful season…(I’ll wait).

If an athlete has many of the physical tools necessary to be successful and only requires a little mental grit and elbow grease to take the next step, instead of allowing them to bail on the sport, make them knuckle up and go through it…..nothing comes to a sleeper but a dream and you can’t short cut success.

Part Two is coming in the next seven days. Follow me on IG to get an alert.

admin Administrator
Michael Montgomery, a Cleveland Ohio native currently residing in Atlanta. Having a son who ran track allowed Michael to be re-introduced to track and field but this time as a coach. With coaching becoming one of his new found passions Michael realized that coaching provided a great opportunity to see inside not only athletes but parents also. If you want to see true colors of a person then put them in a sporting environment.
web
http://mikemontgomery.me
follow me
×

admin Administrator
Michael Montgomery, a Cleveland Ohio native currently residing in Atlanta. Having a son who ran track allowed Michael to be re-introduced to track and field but this time as a coach. With coaching becoming one of his new found passions Michael realized that coaching provided a great opportunity to see inside not only athletes but parents also. If you want to see true colors of a person then put them in a sporting environment.
web
http://mikemontgomery.me
follow me
Latest Posts

admin admin@gymnasticdad.com http://mikemontgomery.me
Michael Montgomery, a Cleveland Ohio native currently residing in Atlanta. Having a son who ran track allowed Michael to be re-introduced to track and field but this time as a coach. With coaching becoming one of his new found passions Michael realized that coaching provided a great opportunity to see inside not only athletes but parents also. If you want to see true colors of a person then put them in a sporting environment. 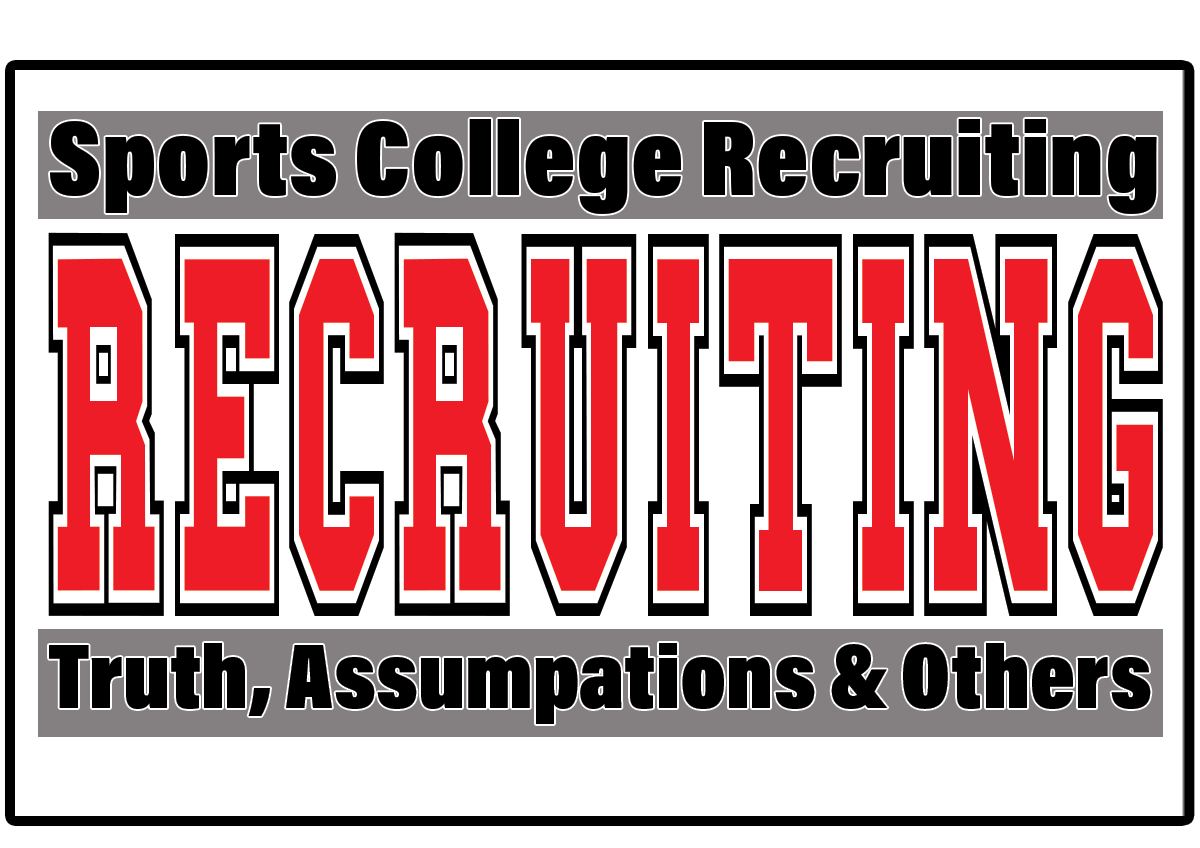